Tips for Surviving a Remodel 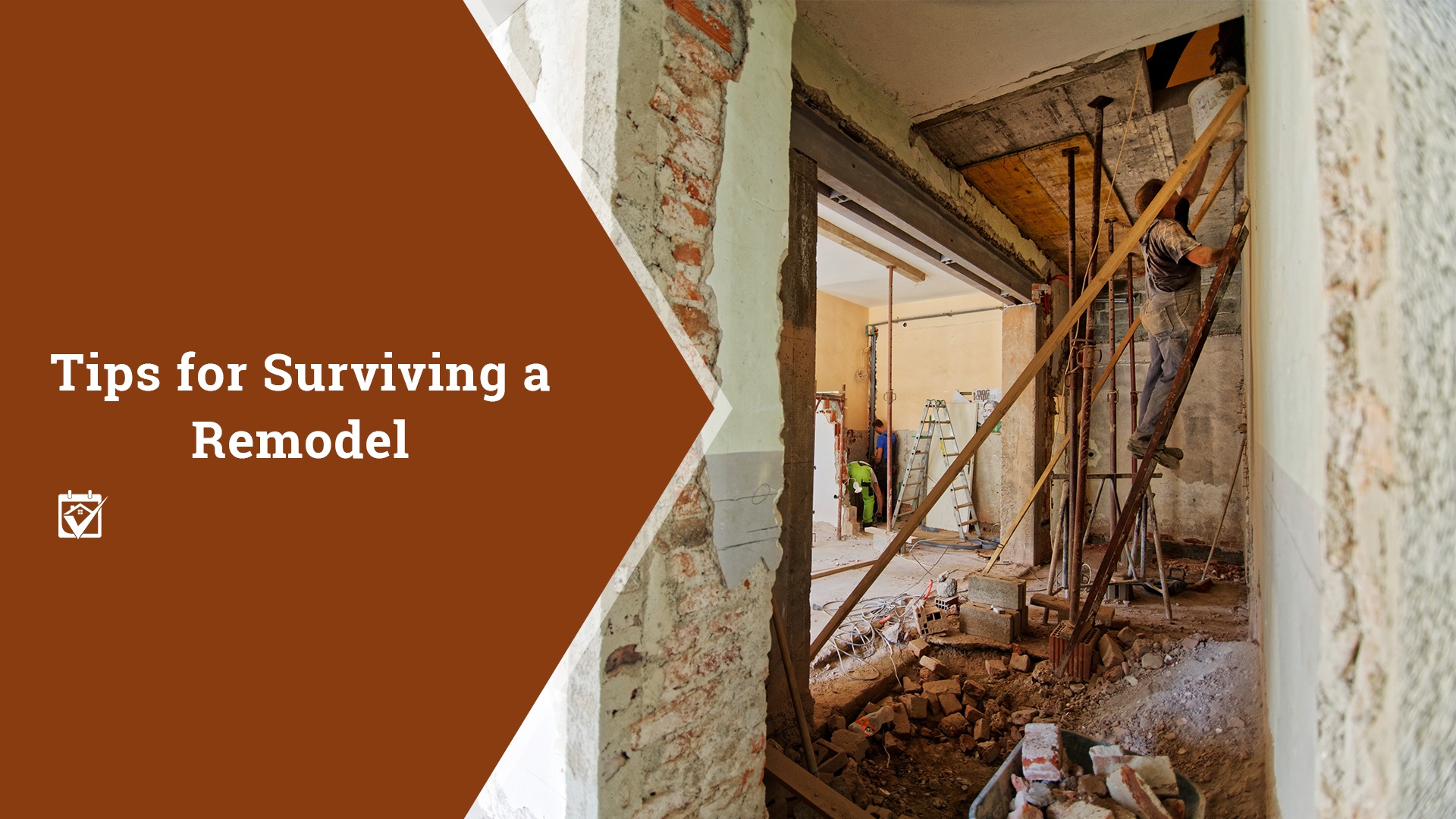 Remodeling your home is a major project. Most people don’t realize just HOW major of a project it is until they’re deep into it, however. If you aren’t careful, a remodel can cover everything with dust, throw off your day-to-day plans and leave you feeling more frazzled than you’ve ever been. More than one homeowner has found themselves wondering, well before the job was complete, why they ever decided to undertake such a monumental task. Whether you’re already hip deep in a remodel or you’re just considering one, here are a few ways to keep you from experiencing this same sense of mid-remodel regret.

Start Small
While it’s tempting to launch into a full remodel and get everything done at once, taking the time to prioritize certain aspects of the remodel can make it much less disruptive and easier to control the budget. Consider which issues are the most pressing as well as which would be the most difficult to pull off. Avoid projects that are excessively difficult such as moving plumbing unless there’s a good reason to take them on. Prioritize everything else so you can complete each project in turn and move in on the big picture over time.

Respect the Construction Zone
Remodeling creates a LOT of dust, debris and noxious odors. Many contractors will put up plastic sheets and take other precautions to try and keep all of this out of parts of the house where they aren’t working, but there’s only so much that can be done in this regard. Try to plan your time at home so that you aren’t there during the worst of the noise and fumes. Pick up an air filtration system or two that you can put near the work areas to grab as much dust as possible. Pack up belongings that you don’t want exposed like you would if you were moving, putting them in boxes and sealing them with tape. This lets the remodel proceed as quickly as possible without giving you such a huge mess to clean up afterward.

Stick to the Budget
One big issue when remodeling is that the budget tends to spiral out of control. Once you get going, you may find that there are extra bits of spending that are needed to finish the job. There’s also the temptation to upgrade some of your plans since the newer version wouldn’t cost that much more. Unfortunately, changing your plans or upgrading your purchases can really add up over time. Make a budget for what you want, add about 20% to 25% to account for the unexpected, then stick with it. If there’s anything that you REALLY want to upgrade but aren’t sure that the budget can handle it, save it until as close to the end as possible before authorizing the cost.

Talk It Out
Communication with your contractors is a key component to making it through a remodel unscathed. This doesn’t mean that you should require them to report every little thing back to you, of course; unless there’s a problem that they need your insight or authorization for, you’ll be best served to let the pros do their job. That doesn’t mean you shouldn’t check in and see how things are progressing, especially if you need to structure part of your day around the work that’s being done. Talking with your contractors regularly helps you to plan your life better around the remodel and saves them the trouble of tracking you down when they need to check with you about something.

Find the Right Remodeling Contractor
Perhaps one of the biggest things you can do to make your remodel more survivable is to hire the right contractors from the start. HomeKeepr can match you up with the best people to get the job done quickly and without any more disruptions than absolutely necessary. Sign up for a free account today and see how we can help you change your remodel from dreaded to done.