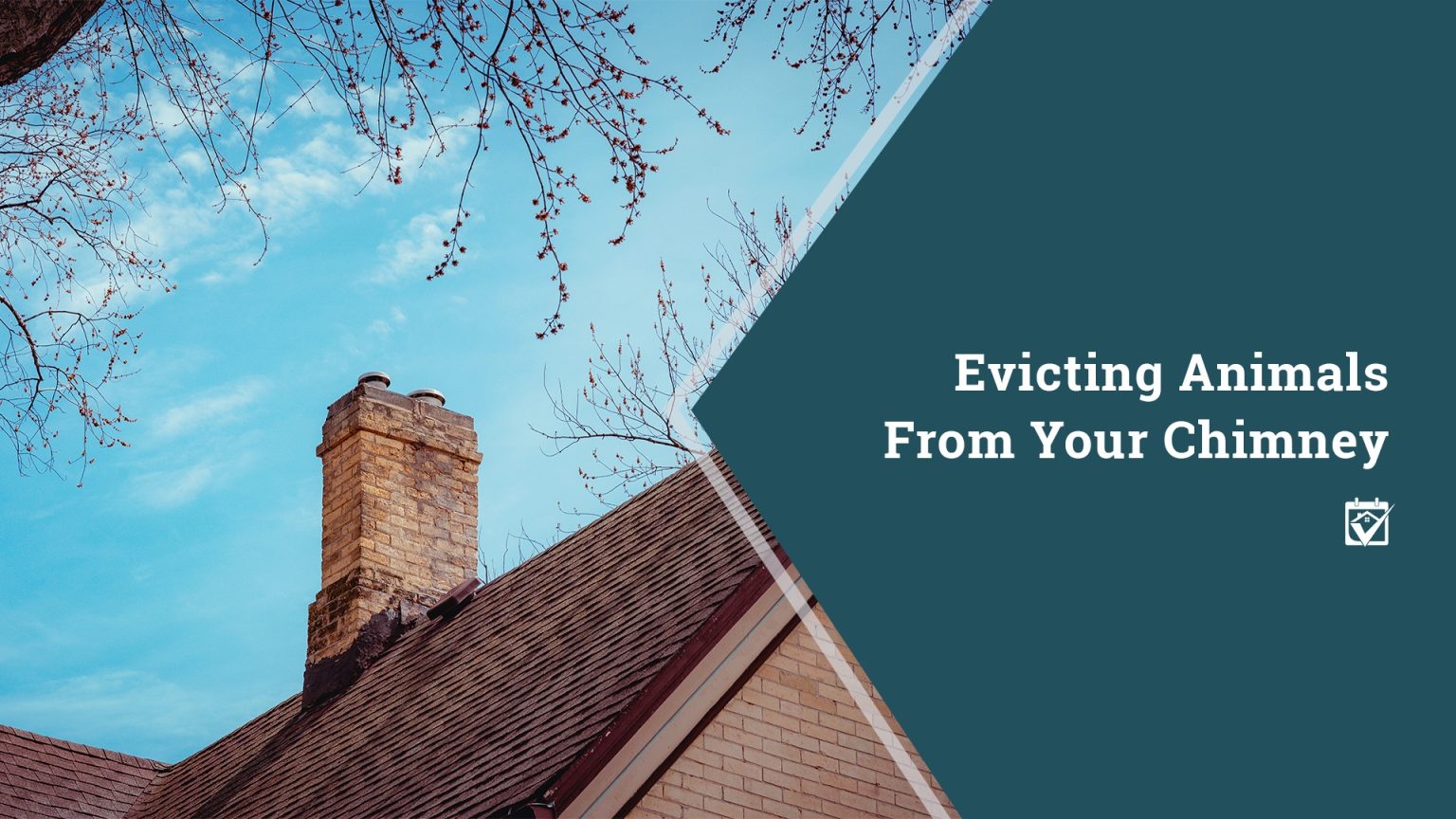 Having a mouse in the house can be a real pain. The little thing runs around, gets into everything, and generally causes chaos. And that’s just one little mouse. What happens when you have a much larger animal, or a nest of animals, in a harder-to-control area like a chimney?

Unfortunately, unwanted animals in chimneys are a pretty common problem for homeowners, especially if the chimney isn’t used often. Some are difficult to evict because they’re very dug in once you notice them, others because there are specific laws about how and when they can be removed.

What Kinds of Animals Enter Chimneys?

When it comes to chimneys, there are a whole host of creatures that might come inside. Generally, you’re going to encounter animals that aren’t terribly afraid of people and that are either very good at climbing or very good at flying. For example, birds often make nests in unused chimneys.

Other animals commonly found in chimneys include raccoons, squirrels, and bats. If your chimney has a damper (most modern chimneys do, but older chimneys may not), you may not even know they’re in there, since the damper should be creating a tight seal that would minimize noise. However, if you open the damper, evidence of the animals may fall down into your fireplace, as well as any animals (often babies) that were hanging out on top of the damper at that moment.

Although some people still suggest smoking out animals that are in your chimney, we live in far more enlightened times. Smoking out animals is a great way to ultimately smoke yourself out, or even start a flu fire. Rather than trying this method, you can do a few different things to encourage the animals to move along.

Remember that if the animals have young that are too small to carry themselves out of your chimney, they may not be able to leave just yet, no matter how annoying you get. Check for breeding seasons for the animals you suspect are your problem before proceeding. A few are federally or locally protected, in which case your window for eviction is limited.

For most animals, chimneys are nice places to raise a family because they’re quiet, dark, and safe. Your goal is going to be to disrupt this. You can turn the lights on by dropping a caged work light attached to an extension cord about half way down your chimney. Leave it on all the time until the animal is gone. Often, lighting the place is plenty of motivation to convince an animal to leave.

If they need more motivation, play loud music into the chimney from below for prolonged periods. Again, if they have young babies, this is unlikely to work simply because the babies can’t be moved yet. Time your eviction and rave accordingly.

Once you’ve got the animals out of your chimney, you have to make sure they don’t come back. Usually, this means repairing or replacing your chimney cap, if you had one to begin with. Over time, chimney caps can take damage from bad weather, high winds, activities of animals, and even DIY chimney repair.

Because animals will likely continue to seek your home out, since something about it was pretty appealing to the first batch that moved in, also check that your attic is secured with screens, caulk, and expanding foam. Without the chimney available, those same animals will seek alternative routes, and attics are awfully cozy spots.

In addition, you can help yourself with bird or bat problems by installing appropriate housing nearby. Bat houses, for example, don’t attract bats, but they will house bats in your area and prevent them from seeking your home instead.

Cleaning Up After Animals in Your Chimney

Evicting animals from your chimney is not the end of the story, unfortunately. You also need to clean the chimney to eradicate any sources of parasites or disease that might be present. This is not difficult to do, but it can be hard to know if you’ve really cleaned the whole chimney without professional help.

Many pros recommend starting a big fire in the fireplace, if your chimney is safe to build a fire under. A very hot fire can raise the temperatures in the chimney high enough to destroy any potential parasites, as well as disease-causing microbes, that may be present from the animal’s occupancy.

If you can’t start a fire, hire a chimney sweep. Make sure they know the reason that you need your chimney cleaned so they can ensure that they don’t blow bits of detritus into your home, putting you at risk of disease.